In the previous chapter we learned how to create a completely random array, of a given size, and between two given values.

In this chapter we will learn how to create an array where the values are concentrated around a given value. 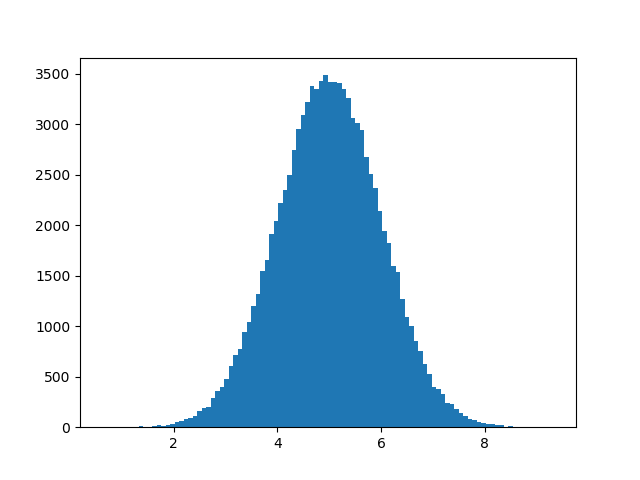 Note: A normal distribution graph is also known as the bell curve because of it’s characteristic shape of a bell.

We specify that the mean value is 5.0, and the standard deviation is 1.0.

Meaning that the values should be concentrated around 5.0, and rarely further away than 1.0 from the mean.

And as you can see from the histogram, most values are between 4.0 and 6.0, with a top at approximately 5.0.