The term regression is used when you try to find the relationship between variables.

In Machine Learning, and in statistical modeling, that relationship is used to predict the outcome of future events.

Linear regression uses the relationship between the data-points to draw a straight line through all them.

This line can be used to predict future values. 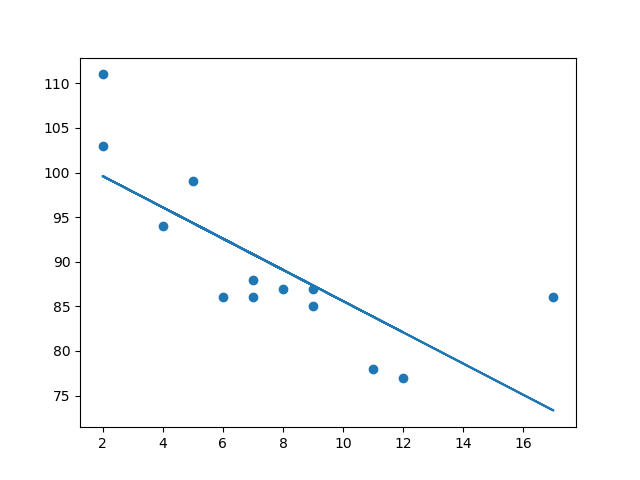 In Machine Learning, predicting the future is very important.

How Does it Work?

Python has methods for finding a relationship between data-points and to draw a line of linear regression. We will show you how to use these methods instead of going through the mathematic formula.

In the example below, the x-axis represents age, and the y-axis represents speed. We have registered the age and speed of 13 cars as they were passing a tollbooth. Let us see if the data we collected could be used in a linear regression:

Start by drawing a scatter plot: 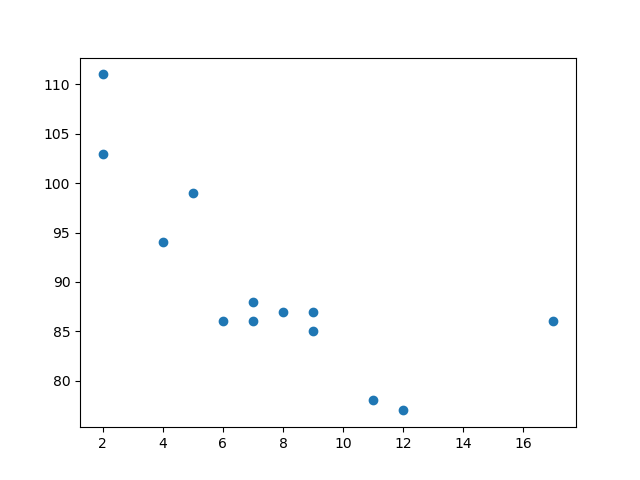 Import scipy and draw the line of Linear Regression:

Import the modules you need.

You can learn about the Matplotlib module in our Matplotlib Tutorial.

You can learn about the SciPy module in our SciPy Tutorial.

Create the arrays that represent the values of the x and y axis:

Execute a method that returns some important key values of Linear Regression:

Create a function that uses the slope and intercept values to return a new value. This new value represents where on the y-axis the corresponding x value will be placed:

Run each value of the x array through the function. This will result in a new array with new values for the y-axis:

Draw the line of linear regression:

This relationship – the coefficient of correlation – is called r.

Python and the Scipy module will compute this value for you, all you have to do is feed it with the x and y values.

How well does my data fit in a linear regression?

Note: The result -0.76 shows that there is a relationship, not perfect, but it indicates that we could use linear regression in future predictions.

Now we can use the information we have gathered to predict future values.

Example: Let us try to predict the speed of a 10 years old car.

To do so, we need the same myfunc() function from the example above:

Predict the speed of a 10 years old car:

The example predicted a speed at 85.6, which we also could read from the diagram: 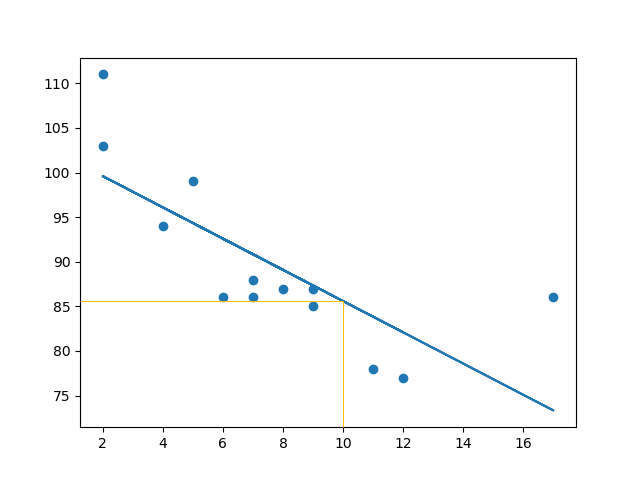 Let us create an example where linear regression would not be the best method to predict future values.

These values for the x- and y-axis should result in a very bad fit for linear regression: 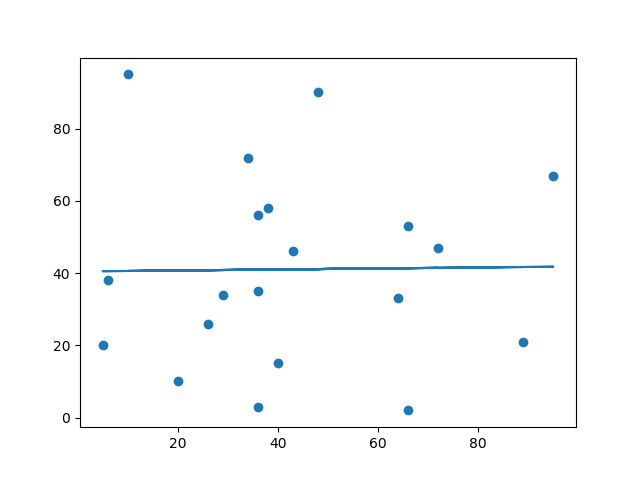 And the r for relationship?

You should get a very low r value.

The result: 0.013 indicates a very bad relationship, and tells us that this data set is not suitable for linear regression.